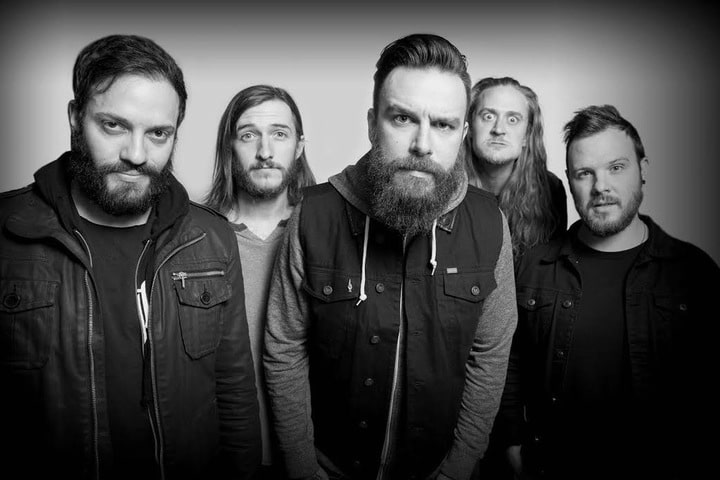 In this writer’s all-time favorite movie, Almost Famous, famed music journalist Lester Bangs (portrayed by Phillip Seymour Hoffman) tells a young, struggling writer to explain to Rolling Stone that he is writing a “think piece about a mid-level band struggling with their own limitations in the harsh face of stardom.”

Ladies and gentlemen, meet Wilson. Signed to Razor & Tie, the straight-up rock band from Detroit has played Cleveland on several recent tours.. Wilson has the right sound. Wilson has the balls-to-the-walls live show. Wilson has memorable songs such as “Give ‘Em Hell” and the title-track from their 2015 release, ‘Right To Rise.’ They have partnered with all the right bands as tourmates.

While it’s not fair by any stretch to say Wilson is “struggling” and certainly not “with their own limitations,” the reality is that it’s ridiculously difficult for a new(er) rock band to hit the jackpot given today’s music industry landscape.

Taking a minute for a quick phone interview during the band’s tour with Breaking Benjamin (which stops at House of Blues Cleveland on January 28), all the while recovering from a recent 4-day excursion on the high seas with ShipRocked (during which he crowd surfed to Dio in the ship’s casino at 6:00 AM), frontman Chad Nicefield was asked about the obstacles a rock band with high aspirations faces today.

Specifically, Nicefield was questioned on the differences between what challenges Wilson faces in 2017 as opposed to what tour headliner Breaking Benjamin was up again during their ascension 15 years ago.

“Let’s talk about time. I think that’s a pretty relevant part of this question,” he said. “We’re talking about a time when people were still feverishly purchasing rock-and-roll music and going to rock-and-roll shows. Fast forward that 15 years. The younger audiences aren’t really buying rock-and-roll tunes. For our band or any other band coming up as a rock-and-roll band, the youth really have to become interested in rock-and-roll again. For any band to get to that space that they [Breaking Benjamin] are currently in.”

Nicefield has a great point. He cited the recent ShipRocked outing headliners: Breaking Benjamin, Papa Roach, Alter Bridge, Sevendust….”They all broke through during a time when there was still an acceptable place for that kind of music,” he points out.

He is absolutely right. All of these bands broke during or prior to the early 2000s. How many rock-and-roll bands that sell-out 1,000+ capacity clubs have broke in recent years? Very few. Bands like hometown heroes Red Sun Rising, who had their first two singles top the charts, are playing the significantly smaller capacity Cambridge Room when they come through town this March. Grammy-winning act Halestorm, while a headliner, had half their tickets left unsold last time they headlined House of Blues Cleveland.

Bands like hometown heroes Red Sun Rising, who had their first two singles top the charts, are playing the significantly smaller capacity Cambridge Room when they come through town this March. Grammy-winning act Halestorm, while a headliner, had half of their tickets left unsold last time they headlined House of Blues Cleveland.

“Without the youth, younger bands that are interested in rock-and-roll and doing what we are doing can’t get to that spot where they are headliners, because the older people are going to stop coming out to concerts. They don’t really find the necessary time and money in their lives to come out to shows,” Nicefield continued.

Chad has great insight not only from fronting Wilson, but also working as a talent buyer for a production company in his native Detroit. It confirms what he already knows: The. Struggle. Is. REAL.

“I will see bands come through my market that are on tour with a top-three radio hit single out there right now and they just put out a new record and they’ll come through and play for 200 people,” he explains.

On the flip side?

“I’ll book a kid that put out music under some name on a SoundCloud page, without a record deal and no album to speak of, but will play in front of thousands and thousands of kids,” Chad says. “Take Chance the Rapper, for example. I’ve seen it in all different types of genres.”

The sunny side for Chad and his bandmates is that the live show is the great equalizer in the music business. Always has been. Always will be. Wilson has that mastered and they are starting to see the fruits of their labors.

“What Wilson prides themselves in is giving people a great show. We don’t take ourselves too seriously,” Chad said. “The youth finds themselves in a partying atmosphere and that’s what we need to be successful.”

Speaking about last week’s ShipRocked, Chad said, “Our second show on the deck was super packed. I can’t believe how many people came out from all the other activities that were going on the ship. It was a pretty wonderful experience for the band.”

Similarly, the current tour with Breaking Benjamin sees new fans having “an incredible reaction to the band. We’ve been able to spread our sound to people who haven’t heard of us before,” Nicefield stated. “Overall, it’s an incredible experience. We’ve been in a pretty cool position.”

So what is the answer for Wilson? What is it going to take to get over the hump and reach the next level?

“As much as I’d like to say that we can keep touring and putting out new music or coming up with better songs, it all comes out to John and Jane Q Public,” Nicefield admits. “If they want that, then we are here for that.” 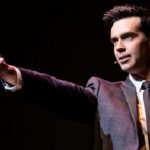 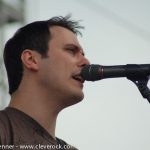