I fully understand that really tight jeans are “in” right now. I admit to owning a pair of semi-tight jeans and I even admit to occasionally finding really tight jeans attractive if properly executed by just the right kind of shaggy-haired, tattooed, malnourished rockstar. What I don’t understand, is how one can sport such attire mid-day, mid-July, while stomping around the asphalt at Warped Tour. I was wearing shorts and a t-shirt and needed to frequently consult with my $5 Gatorade to ensure death didn’t come for me prematurely. I’m being serious when I say that I have no idea how these kids survived. I thought I saw one dying, under a tree, in the mulch… but upon further investigation, I realized that there was a second body present, and that it was making out with the first body, that I originally thought to be dying. I suppose mouth to mouth resuscitation could have been taking place, but I’m pretty sure that ass-grabbing isn’t a necessary part of all of that. At least it wasn’t when I learned about it in high school. Which was a while back, so I could indeed be totally wrong.

While standing to wait for the doors to be open, in the mayhem that was loosely disguised as an orderly line outside Time Warner Cable Amphitheater, I pondered some things. In its 14th year, the Van’s Warped Tour is now nearly older than the majority of those who attend it. As I looked around me, I noticed that a lot had changed since my last Warped experience back in the year 2000, and also that nothing at all had changed. Trends were replaced by different trends, bands replaced by different bands… the Cleveland stop on this years tour included a diverse selection of acts ranging from Gym Class Heroes, From First to Last, Story of the Year, Reel Big Fish, Horrorpops, Against Me!, Say Anything, Just Surrender…, Pennywise, Angels & Airwaves, Norma Jean, Katy Perry, Automatic Loveletter, along with a slew of others too lengthy for me to cleverly weave into the fabric of this nonsensical show review. As if there was anything clever or woven about the way I just dropped all those names. Anyway.

Once inside, I picked up my press pass and felt like a badass for about 20 seconds or so, until I realized I had no idea where I was going and that press passes do not come with maps. As I wandered through the maze of merch booths, stages, Gatorade stands, and various booths selling all kinds of colorful trinkets, I managed to maneuver to the main stage and catch the last few songs of From First to Last’s set. I will admit, for ease of travel I stuck to the two main stages, stopping off at the smaller ones when there were lulls in the schedule that allowed me to do so. I’d wondered what attendance was going to be like, due to the opening day of Dew Tour coinciding with Warped… but the crowd was there in full force, the place was packed, and all the usual activities that Warped tour is known for… moshing, crowd surfing, removal of clothing, dancing, etc. took place with as much gusto as ever.

My persona favorites of the day included (in no particular order), Pennywise, Angles & Airwaves (oh, Tom. I still love you), Story of the Year (great energy), and Horrorpops (incredible bass, incredible woman). Interesting acts included Shwayze (featuring Cisco Alder… that dude that dated that chick from the OC), MC Chris, Reel Big Fish, and also the random tattooed guy that flopped around like a fish wearing little red gym shorts on top of smashed cardboard boxes. I also thoroughly enjoyed idly chattering with the security guards that were directly responsible for me not getting squished by crowd surfers spilling over the barricades. Most security men present weren’t Warped kinds of dudes and didn’t really grasp what the “angry music” was all about. I tried to explain, but it was hard to communicate with earplugs in, so instead we shifted the conversation to more universal topics, the probability of spontaneous human combustion taking place on that very afternoon… and nachos… we also talked about nachos a lot and also how my backpack made me look like a turtle.

All in all, Warped 2008 was an incredible adventure of an afternoon. As I walked back to $20 parking spot post-show, I wiped the sweat from my brow, removed the ear plugs from my ears, downed a free red bull some chick in that little red bull mobile tossed to me, and felt pleased to have survived my tour of duty unscathed.

Editor’s Note: The author of this article owes Sir Kevin Kopanski a major apology for totally dissing him (for his own friend, no less) on Warped Day. 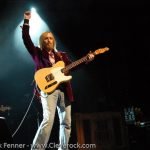