Longtime CleveRock favorite, Tim Reynolds, best known or his work as 1/2 of the duo of Dave Matthews & Tim Reynolds, lead guitarist for Dave Matthews Band, and leader of power-trio TR3, has announced an ambush release of his new solo album, ‘Venus Transit,’ due out this coming Wednesday, July 15.

Reynolds announced the album on TR3’s Facebook page, noting the album is:

“Ten original instrumental tunes spotlight his complex, yet nuanced, musical prowess and showcase the other-worldly music and effects that only Tim can conjure up from his 6- & 12-string guitars, keyboard, synthesizer, tanpura, and drum machine. “Venus Transit” is a lush interstellar soundscape and audiophile’s dream.”

In a recorded video announcing the record, Reynolds describes ‘Venus Transit’ as sounding like “a movie soundtrack traveling through wide-open spaces.”

The record comes as a pleasant surprise in the age of COVID-19 where fans can certainly use some good musical cheer.

No official word on if this record was recorded during the lockdown, but Reynolds certainly has some unexpected time on his hands after his annual run with DMB was scrapped (along with every other Summer trek) due to Coronavirus concerns.

No doubt, the road-warrior that Reynolds is, he will take to the tour van to showcase his new album as soon as the all-clear is given.

‘Venus Transit‘ is the follow-up to 2019’s TR3 release, ‘The Sea Versus the Mountain,’ which was an absolute masterpiece. (READ CLEVEROCK’S REVIEW)

One thing noted in our recent interview/feature with Tim and the album review is that Reynolds, a complete master of his craft, somehow manages to continue to get better each year. Undoubtedly, ‘Venus Transit’ will be no exception. 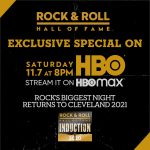