Tim Reynolds power trio, TR3, just put out one helluva album. Reynolds, perhaps best known as one half of the “Dave & Tim” duo (opposite Dave Matthews), if not certainly as the lead guitarist for Dave Matthews Band, never ceases to amaze.

This review writer first listened to Reynolds on his effort with Matthews, ‘Live at Luther College’ on a camping trip during high school. (Someone eventually threw the album out the window on Interstate 80 in Pennsylvania after 100 straight plays. The album was recorded live at a show in 1996. Tim’s guitar work on the record is nothing short of a masterpiece. I listened to Reynolds solo, “Stream” over and over, just marveling at his genius.

Then, the unthinkable happened. HE GOT BETTER! How much better? Listen to his new record with TR3, ‘The Sea Versus the Mountain.’ It’s unbelievably good.

“I think this is the best record we have ever made,” Reynolds emphatically stated in an October 2018 interview (several months prior to the album release). “It’s been a lot of fun because eight of the songs we didn’t know, we were going to learn them and then record them, which is kind of a scary process. But after playing with [TR3 members] Mick [Vaughn] and Dan [Martier] for 10 years, it’s an easy and fun process now. No question about it.”

For Reynolds, time to record is at a premium as he spends a good while on tour with DMB each year. TR3 recorded the album at Dave Matthews Band’s Haunted Hollow studio. (To say the studio is state of the art is the understatement of all understatements!)

“I’ve been in a lot of really nice studios and this is the nicest one I have ever had the pleasure of being in. I’ve been here 3 or 4 times over the past 20 years. It’s great to appreciate it on a really deep level to and have the opportunity to work here again,” Reynolds said.  “And just knowing what you’re looking for, it’s just like an instrument that, you know, it’s like being in heaven. A studio is generally like that anyway, but you know, whenever you don’t know what you’re going to do, the discovery process of finding out is always awesome. It’s been so rewarding. This is the best studio experience I’ve ever had.”

Best studio experience = Best album yet? Quite possibly. Reynolds’ works are hard to compare, as each is so uniquely different from one another.

Stand out tracks on the album:

Track #4 “I Wanna Get With You”: This nifty track features trumpet from DMB member Rashawn Ross.

Track #6 “Breathing Space”: I think I hear some Jerry Cantrell channeled in here.

Track #7 “The Left Side of Darkness”: This 11+ minute masterpiece includes trippy outer space like sounds mid-song before taking a complete 180 degree turn around the 7-minute mark.

Track #10 “666 (I have to Call My Boss)”: The only track on the record to include vocals. This dark, catchy tune has thought-provoking lyrics bound to get stuck in one’s head. 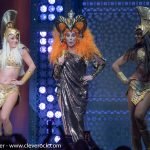 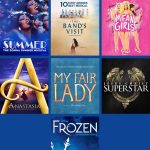