Shelly Fraley rode into Cleveland for the first time on April 26, 2012 in a van that is fighting for its life and overfilled with musical gear, suitcases of freshly pressed merchandise, and a handful of musicians filled with ambitions; fueled by dreams.

Shelly and friends parked behind Wilbert’s on Huron Ave, the only place in Cleveland where one can order “Grouper in a Bag” and the menu lists everything but sandwiches under the “sandwich” heading.

Although she was raised in the Midwest, Fraley has the charm of a southern bell. She’s adorable, exudes niceness, and is very lady like. One can’t help but like her.

She currently resides in Nashville, by way of a small town in Kansas, but she ain’t no country-star wannabe. She describes her music as, “Indie pop, I guess…It’s not that far indie, though.”

Shelly has been musically inclined as far back as she can remember. She started to write songs while attending high school, but after graduating, decided to give college a try, feeling a career in music may be out of reach.

“I dropped out and started doing graphic design full-time. I did that for about a year and a half before I decided to do music full-time and formed a band in Wichita, Kansas. I guess you could say that’s when I really tried to pursue doing something with music. When I really decided to take it seriously, I decided to move to Nashville. There’s not much of an [music] industry in Wichita,” Fraley said.

Shelly is currently on the road in support of her new album, ‘Hush,’ which she released independently on March 1, 2012. This album has an interesting twist – instead of taking the well-traveled road of writing about one’s own experiences, Fraley wrote about what lurks inside others.

She explains, “I had people submit secrets on my website and I wrote songs about those secrets. It was all anonymous, but I printed some of the

secrets in the album artwork. I had one secret, ‘What if they found out we are witches?’ And there were a lot of love secrets; one about being afraid to die young.”

‘Hush’ is her second independent release, the follow-up to ‘Into the Sun’ (2010), which features tracks heard on the smash television shows Private Practice, One Tree Hill, and Army Wives, the movie Free Willy: Escape from Pirate’s Cove, among other placements. Just imagine hearing a song you penned and performed incorporated into a hit television show…

“It was kind of unbelievable the first time, but it was cool. It made me feel really good, like I’m finally getting somewhere with this music,” Shelly said with a smile.

Not to mention the exposure…

“It has definitely helped a lot. Back when MySpace was the big thing I had a song on One Tree Hill and I went from having 30 plays a day to over 3,000 plays a day, so it makes a big difference,” Fraley said.

Perhaps the secret-submitting witches cast a positive spell on Shelly, or, more likely, her talents and hard work are paying dividends. Fraley is in the midst of a successful tour across the Midwest and beyond, drawing crowds in cities she’s performing in for the first time. She’s growing her fanbase a handful at a time, day by day, city by city, impressing everywhere she goes.
—-
For more info, upcoming tour dates, to read all the secrets, and all things Shelly, check out ShellyFraley.com! Her albums are available at all the usual E-tailers, including iTunes. 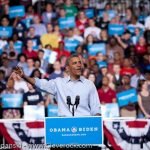