CleveRock takes a look back through this Scott Weiland photo tribute. Weiland possessed one of the greatest voices in the history of music. Enjoy these photos (shot by CleveRock’s media editor, Patrick Fenner) of Scott’s years with the legendary Stone Temple Pilots (photos from the band’s show at Rock on the Range in 2008; the band’s first show  after a six year hiatus), to his stint with ex-Guns N’ Roses members in Velvet Revolver (photos from Rock on the Range 2007) and his troubled post-STP solo career (photos from House of Blues Cleveland in 2013). May you rest in peace, Scott. 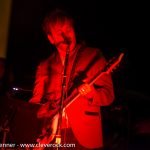