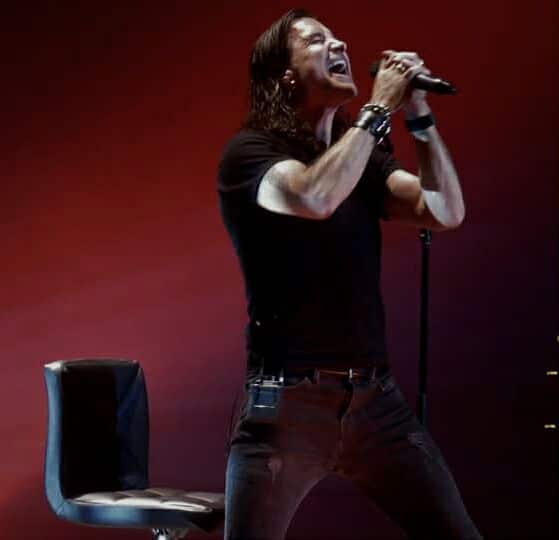 Jump in your time machine and set the year to 2001. Think hard. Who were the biggest rock stars on the planet? If Scott Stapp (the voice of Creed) didn’t come to mind, you didn’t think hard enough. Creed was one of the top-selling acts of their time, both in album totals and concert ticket revenue.

They had three multi-platinum records: ‘My Own Prison’ (1997), ‘Human Clay’ (1999) and ‘Weathered’ (2001). Creed sold more than 53 million records worldwide and was the ninth highest selling band of the 2000s, despite disbanding in 2004. (This writer still remembers the time and place he heard the news of the split.)

To put it simply, the frontman for Creed was on top of the world. Unfortunately, tensions flared amongst the members, leading to Stapp pursuing a solo career, while the rest of the members banded together, joining forces with Myles Kennedy and forming Alter Bridge.

Stapp’s internal struggles received widespread external coverage in the media. He wrote tunes about said struggles in his solo albums, ‘The Gret Divide’ (2005) and ‘Proof of Life’ (2013), as well as in his memoir, Sinner’s Creed (Tyndale House Publishers; 2012). Stapp has been open and honest about his past and, according to him, is doing fantastic in his recovery, leading a sober lifestyle, and spreading positive vibes to others.

Fast forward to 2017: Scott is celebrating the 20th anniversary of Creed’s breakthrough album, ‘My Own Prison,’ with an acoustic tour that sees him playing the entire record during his cross-country US tour.

1997 was a great year for music. So much so that several bands are taking their hit album from that year on tour. In addition to Stapp, Everclear is on the road in support of ‘So Much for the Afterglow’ and Third Eye Blind is touring their self-titled record.

In a recent phone interview, Stapp said that 1997, “Was great for me personally. Of course, it was a great year for music. I’m just fortunate that I have fans that are still into these records and the new music that I’m creating and have followed me on this amazing journey for the past 20 years. I think the music really connected in some way that gave it staying power. I’m blessed and fortunate that the fans are still coming out to see me today.”

‘My Own Prison’ sold more than 15 million copies worldwide, making it one of the most successful debuts of all time. This writer remembers hearing the title-track for the first time and the feelings that it conjured up. Upon its release, Stapp was not sure that ‘My Own Prison’ would be such a massive success.

“I don’t think I had that kind of impression of the record at the time. I think collectively, myself and the band, we knew that we had something special for the time,” he said.  “Getting a record deal and getting on the radio kind of gave us some validation that we had written a solid record. I would never have guessed that 20 years later I could still be playing these songs and having fans come out like they do.”

In the late 90s and early 2000s, Scott was rocking these tunes in front of sold-out arenas. Now, he plays intimate clubs and theaters, making it a more visceral experience; having the opportunity to see fans reactions up close.

“There’s nothing more of an adrenaline rush and natural high than playing in front of sold-out arenas with thousands and thousands of people singing your songs and all the big production and everything that comes with those big rock shows. That’s something that’s very special,” Stapp stated. In comparison,  “We’ve tried in a unique way to provide cool production and cool lights for these solo shows to create a really unique experience and vibe for the fans that kind of synergistically connects with the music. They are both very different and I enjoy both.”

“It’s definitely something that is fun and a plus for me, especially playing acoustic. It makes it much more intimate and vocal driven,” he continued. “Being in these smaller rooms, you really see the connection that you have with the fans and how the music reacts and connects, so it’s a really unique experience.”

After falling on hard times, Stapp is now playing for a fraction of the audiences that he once did. Somehow, according to him, he has found happiness playing to lesser crowds, meeting fans, and having scaled down shows. And, as hard as it may be for fans (and former fans) of Stapp and Creed, this writer believes him.

While Stapp was flattered by album sales, sold-out Creed shows, critical acclaim, and overall success, his favorite memories came a few years after the release of ‘My Own Prison.’

“In 1999, I had a chance to jam with The Doors and record with the surviving members and getting to jam with Robby Krieger at Woodstock,” Scott recalls.  “That was a pretty amazing experience that I will never forget. I was a huge Doors fan and I could never have imagined that I would be in that situation when this album first came out.”

Aside from his solo career, Stapp has kept busy as the lead vocalist for supergroup Art of Anarchy, which also includes John Moyer of Disturbed and Ron “Bumblefoot” Thal of Guns N’ Roses fame. The group released an album, ‘The Madness’ earlier this year and recently wrapped up a US tour.

“Art of Anarchy was something very different for me, sonically and vocally,” Stapp said. “I think I’m going to continue with my solo records to come and push myself and experiment with different things. But I don’t want to lose sight of who I am as an artist; that’s a rock artist. I definitely want to explore different things sonically and texturally. We’ll see how that manifests when I get deeper into the writing.”

After his current tour, Stapp plans to, “Go out on the road with Art of Anarchy for the second half of July and then I’ll be going out and doing some more solo touring, full electric shows in August and September, and that’s really where we’re at right now. Just to be on stage, performing, and rocking out.”

Scott Stapp will perform at the Kent Stage on May 25. Complete show and ticket information can be found, RIGHT HERE!