On Saturday, January 19th, 2019 the Rock and Roll Hall of Fame will host Rush Fan Day. Two members of Rush (who were inducted to the Hall of Fame in 2013), bassist Geddy Lee and guitarist Alex Lifeson will be at the Rock Hall on the heels of Lee’s recent book, Geddy Lee’s Big Beautiful Book of Bass (Harper Design; 2018). Geddy is one of the most recognizable bass players of all time.  In his 40 plus years of bass playing, he has been quite the collector as well.  While in town for Rush Fan Day, Lee will have a special exhibit at the Rock Hall showcasing a number of his prized bass guitars.

Tickets are priced at $100 for members and $125 for non-members. A strict limit of two tickets per person will be enforced on the online-only sale. Each ticket purchased will include a copy of the 408-page coffee table book.  Lee has spent over seven years working on this book and has spoken with many of histories most famous bass players, including John Paul Jones (former Led Zeppelin) and Bill Wyman (ex-Rolling Stones) and U2’s Adam Clayton.

Ticketholders will begin their day with an interview of Lee (conducted by Lifeson) at noon on the Klipsch Stage.  An exclusive book signing will be held after the interview for all ticketholders. (Note: Only the book will be signed; no other items permitted).

Rush Induction footage from the Rock Hall’s vault will be shown throughout the day in the Museum’s FosterTheater.

Rush, who last performance in Cleveland was in 2012, has always had a special connection with Cleveland. Most notably was the 2011 Time Machine Tour in which Rush recorded and subsequently released their Cleveland show.  Having celebrated their 30th year since the release of the landmark album, ‘Moving Pictures,’ Rush wanted to record their Cleveland show because their very first US show was in…you guessed it… Cleveland!

For those who weren’t quick on the click when tickets went on sale, the interview will be live streamed on the Rock and Roll Hall of Fame’s official Facebook page.

For full details and FAQ, please visit THIS PAGE on the Rock Hall’s official site. 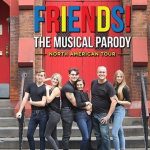