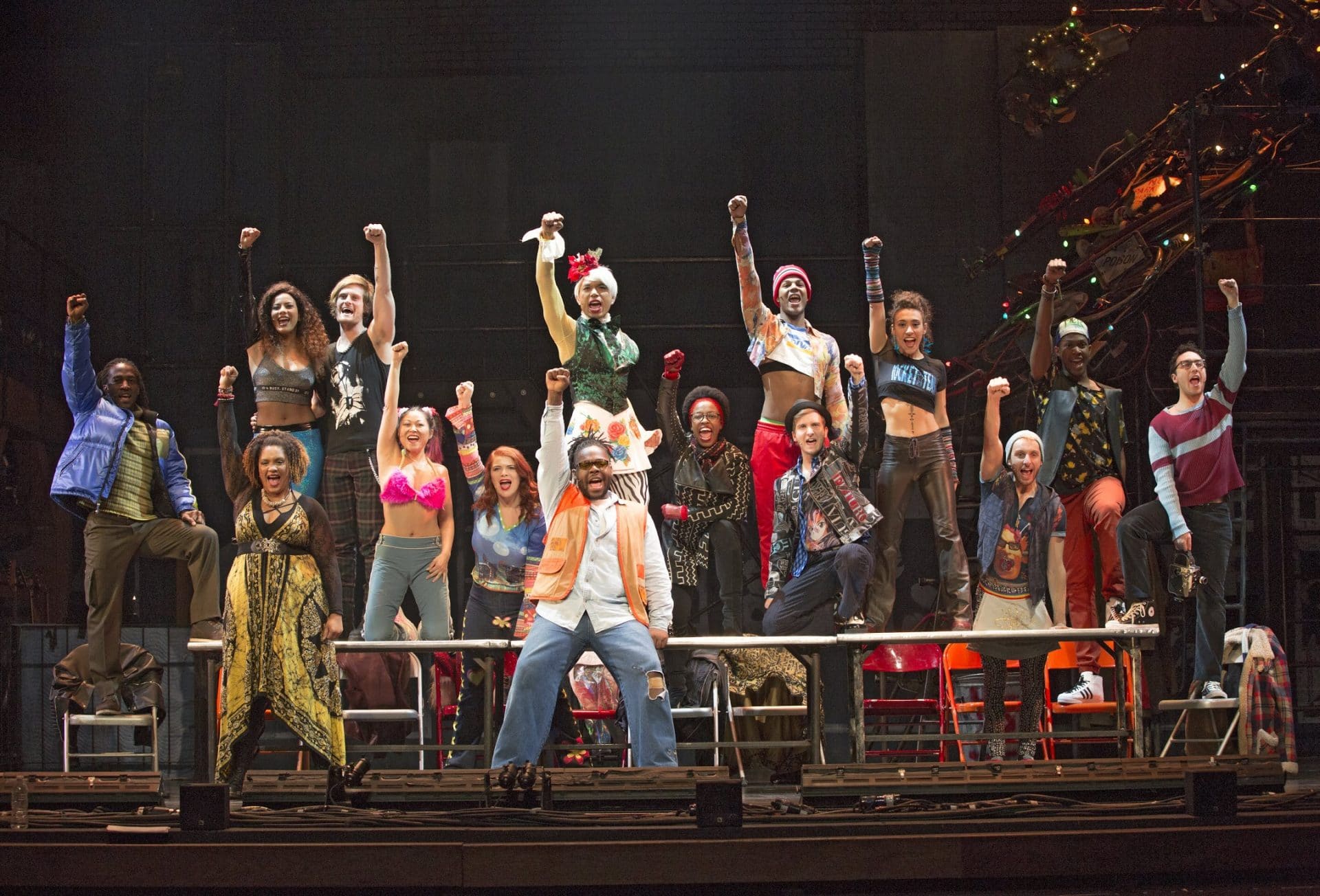 The touring production of acclaimed Broadway Musical sensation RENT opened in Cleveland at PlayhouseSquare’s Connor Palace Theatre this week as part of the KeyBank Broadway series, proving its relevance twofold. First, there are no shortage of popular musicals that have come and gone on Broadway, but few shows can still draw crowds large enough to fill the 2,714 capacity Connor Palace Theatre for 24 performances 20 years after making a debut. Second, the story and themes of the show are timeless; as relevant today as they were two decades prior.

RENT is celebrating its 20th anniversary on this cross-country tour and, regardless if one remembers the opening night on Broadway or are just now learning about the play, this show is not to be missed!

What is RENT? Beyond the incredibly catchy song “Seasons of Love,” the show tells numerous stories of love, loss, struggle, fitting in, and standing out. In essence, RENT is described as a play that “follows an unforgettable year in the lives of seven artists struggling to follow their dreams without selling out” in show creator Jonathan Larson’s re-imagining of Puccini’s La Bohème.

We meet Mark (Sammy Ferber), an aspiring filmmaker and the major narrator of the show, Roger (Kaleb Wells), a struggling musician dealing with the death of his girlfriend, Mimi (Skyler Volpe), a nightclub dancer dealing with addiction, Angel (Aaron Alcaraz), a drag queen who just wants to make everyone feel loved. While it’s doubtful that anyone in the audience can relate to each character in their entirety, most can relate greatly to one character, or at the very least, combine bits and pieces of each character

The stage set up was simple. Too simple, one might argue. The set did not change at all, forcing the proper movements and descriptions to remind us what location each scene was set in. Though at times it worked, during others it was easy to face confusion on if the characters were in the apartment they squatted in, a parking lot, or at Life Cafe, causing the actors to work unnecessarily hard to convey the appropriate location.

Despite the fact that the cast had Shaq-sized shoes to fill, as the original show ensemble included Broadway and recording megastar Idina Menzel alongside Anthony Rapp, Jesse L. Martin, and Taye Diggs, every actor did justice to their characters as their predecessors, bringing the right amount of sexiness and humor to the stage when needed, and the right tone to make your any heart swell. Maureen’s (Lyndie Moe) protest performance was far from sexy and made the audience a bit uncomfortable…(Maybe that was the point?) Regardless, she redeemed herself with her incredible vocal chords when she belted “Take Me or Leave Me.”

At times, the plot is hard to follow. Advice to the uninitiated: Learn the story’s background before showing up at the theatre. It won’t hinder your enjoyment or “spoil” anything for you; that’s a promise. Why? The driving force in the show is, without question, its music. So many of the show’s creator, Jonathon Larson’s songs belong on a ‘Broadway’s Greatest Hits’ mixtape.  From the powerhouse anthem “What You Own” to the somber love song “Without You,” the stuck-in-your-head-for-days “Out Tonight” and the fun-loving and wild “La Vie Boheme,” all these tunes support the two “theme” songs from the show, “Another Day” and aforementioned “Seasons of Love.”

525,600 minutes….Unfortunately, RENT is not in town for that long, so get tickets before it closes on March 25th!

In addition, the show does offer a ticket lottery prior to each and every performance. Tickets are $20, cash only, limit of two per lottery winner. Seats are located in the first two rows of the orchestra section. The lottery signups begin 2.5 hours prior to performance time, with winners being drawn 2 hours prior. You must be present at the time of the drawing to be eligible to purchase lottery tickets. 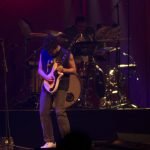