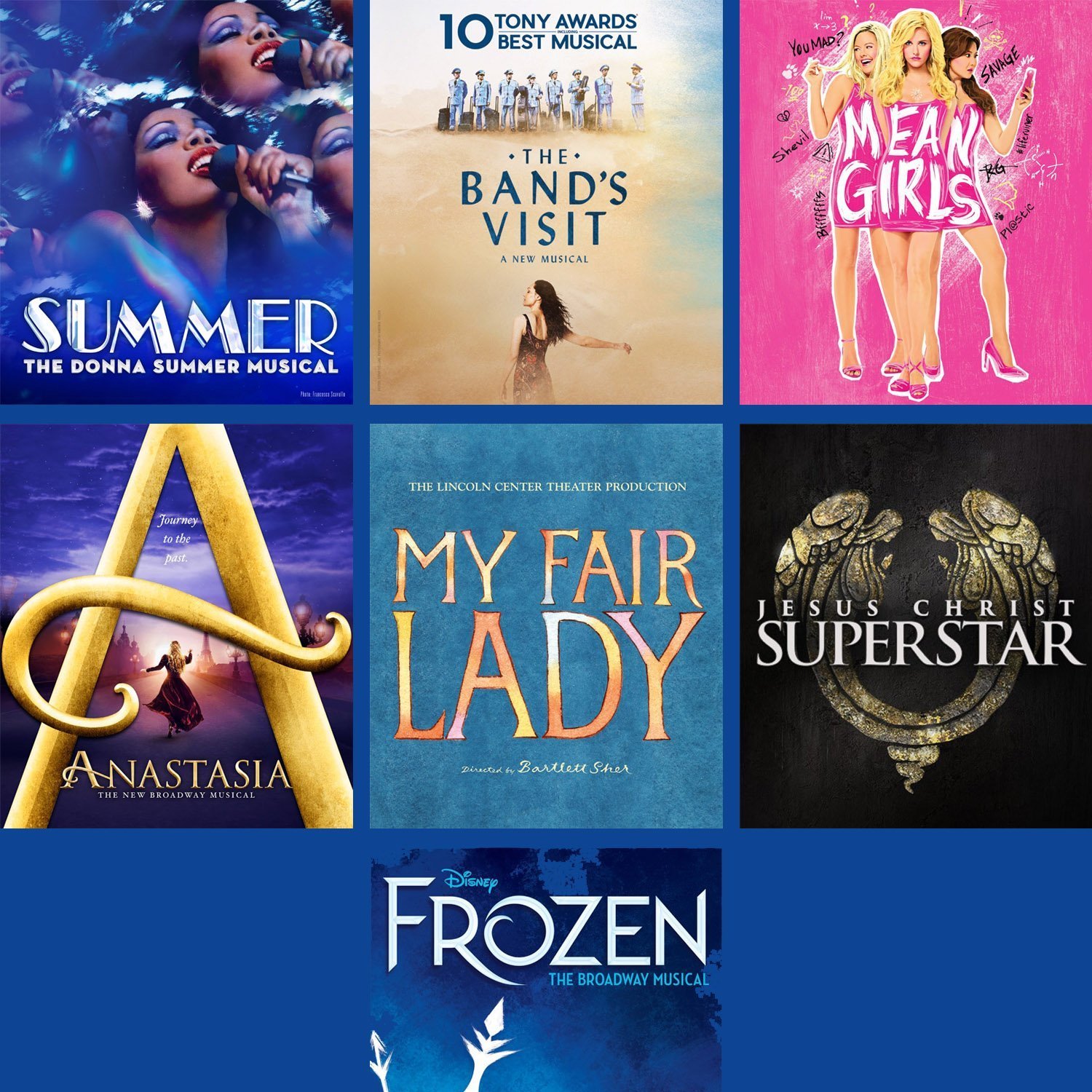 The new season will include (in order of appearance):

The evening kicked off with a sampling of the SUMMER – The Donna Summer Musical from Judith Franklin (who served as an understudy for ‘Diva Donna’ on Broadway), as she performed Summer’s smash hit, “Hot Stuff.” Franklin’s energetic performance immediately got those in attendance (and presumably, everyone at home on the stream) revved up for the evening ahead.

As the night progressed, Vernaci continued to introduce each show in detail, sprinkling in show synopsis, fun facts, anecdotes, and even performances from select productions.

A key highlight of the night included an incredible performance from Anastasia. Beth Stafford Laird, a standby on the current national tour, sang “Journey to the Past.” Showcasing a memorable tune from one of the younger, lesser-known musicals in this group was a smart way to engage potential audience members.

One of the most surprising “appearances” came from a pre-recorded video by Jesus Christ Superstar lyricist Tim Rice! Rice, alongside the wealthiest songwriter of all time, Andrew Lloyd Webber, wrote Jesus Christ Superstar 50 years ago. Rice could not hide his excitement about the new touring production coming to Playhouse Square in 2020.

Perhaps stealing the Launch Party show was Alyssa Fox, standby for Else for the Broadway production of Disney’s Frozen. She performed “Let It Go,” on par with original recording artist Idina Menzel.

Judith Franklin returned to close out the show, fittingly performing “Last Dance,” another number from SUMMER – The Donna Summer Musical.

The first show of the new Broadway series is SUMMER – The Donna Summer Musical. SUMMER is a musical that has been in the works for a long time.  After Donna Summer passed away in 2012, the fate of this musical was uncertain.  It wasn’t until last year that SUMMER made its Broadway debut. The musical tells the story of Summers and all that she overcame to become the icon that she was and the legacy she leaves behind.  The show will include Summer’s classics including “Love to Love You Baby,” “Bad Girls” and “Last Dance.“ Cleveland will certainly be dancing in their seats (if not the aisles!) come October.

The Band’s Visit didn’t get just one, two, or three Tony’s last year. It won TEN!  Based on an Israeli film, the musical has taken Broadway by storm.  The Band’s Visit is a special treat for Cleveland.  Producer Orin Wolf is a Cleveland native and attended University School in North East Ohio.  Bringing this musical to his home is exciting not only for Wolf, but for Cleveland theater patrons!

The musical is set in a local cafe in desert Isreal.  By mistake, a band of Egyptian musicians finds themselves in the wrong place at the right time.  Two groups of people who should have seemingly nothing in common find themselves having a musical night to remember.

Mean Girls has worked its way into our culture since debuting as a movie in 2004.  The film was written by the first woman head writer of SNL, Tina Fey.  Once more we have a Broadway play with Cleveland ties!  Mean Girls has music composed by Fey’s husband and Garrettsville native Jeff Richmond (We’ll still call him a Clevelander). He has taken his first shot at composing music for a musical.  Directed by The Book of Mormon’s Casey Nicholaw, Mean Girls has been a hit from the beginning.

Just like the movie, the musical follows the teenage Cady Heron as she moves with family from Africa to the suburbs of Indiana.  Struggling to find her place within the school, her new found friends might not be the positive influence she bargained for.

Set in 1906 Russia, this young musical premiered only three years ago.  Music and lyrics by Lynn Ahrens and Stephen Flaherty, and original book by Terrence McNally, Anastasia was immediately up for awards.  Tony award-winning, Darko Tresnjak, directs Anya and the cast into performing six songs from the later released film but added 16 more to tell the story.  Anya then brings us to the exciting 1920’s Paris where she tries to uncover the mystery of her past.  Along with the help of handsome conman, Anya is brought together on this epic adventure.

After witnessing Beth Stafford Laird perform “Journey to the Past,” from the show, we know exactly what to be excited for.

What started as a concept album in 1970 has 50 years later turned into an unstoppable musical concert!  Jesus Christ Superstar is headed to Cleveland in March.  Tim Sheader’s most recent take on on this musical extravaganza was initially designed to be performed outdoors in London’s Regent’s Park.  The 2017 Oliver Award-winning show took in Best Musical Revival and had North America anxious to see this new take. With the words by Tim Rice and the music of Andrew Lloyd Webber, this iconic show is going to be one that the Rock and Roll capital are going to remember for the next 50 years!

Director Bartlett Sher is bringing his talents to My Fair Lady. Having spent his last five years directing the likes of Bridges of Madison County, The King and I, and Fiddler on the Roof, Cleveland is in for a treat.

When linguistics professor, Henery Higgins and flower seller Eliza Doolittle from themselves paired up in an effort to transform Eliza into a “proper lady,” who will actually have the stronger influence?  Expect songs like, “I Could Have Danced All Night,” “Wouldn’t It Be Lovely” and “On the Street Where You Live,” to be stuck in your head long after this classic musical comes to town.

One of the year’s most highly anticipated shows for children and adults alike is Disney’s Frozen.  Alyssa Fox performed “Let It Go,” for us which was unbelievable.  Tom Schumacher, president of Disney Theater, says Disney is “Obsessed with Cleveland,” and could not wait for the show to come here.  Having had Disney recently stop in Cleveland with Aladdin last year and the upcoming Lion King show this year, Disney has set a pretty strong precedent for performance and visual expectations.   With the attention to detail from Elsa’s dress (that took a single person 40 days to stitch all the gems on) to the ice-covered stage, Disney is going to leave everyone wanting the show to never end.  To make things even more impressive there will be 12 brand new songs not originally from the movie, it will be like seeing Frozen for the first time, again! 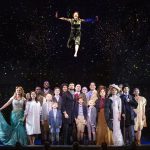 Excercise Your Right to Vote (for Seafair)