Fourteen years!  It has been 14 years since the last time Phil Collins graced the stage of any Cleveland venue.  Collins ‘Not Dead Yet’ tour made a stop in Cleveland last night (10.18.18) to a sold-out and ecstatic crowd.

Collins kept no secret that his current state of health has put limitations on him, as evidenced by his need to remain seated throughout most of his performance (not even he could remain seated during “In the Air Tonight”!) The tougher pill to swallow? Phil is no longer able to drum.  Arguably one of the greatest drummers of all time, it has to be understandably difficult for him to take a seat and hand over the responsibilities behind the kit.  But, that didn’t stop him from going on this tour!  Collins stated that this tour was a result of fans genuinely begging him to keep performing, a request he took to heart. 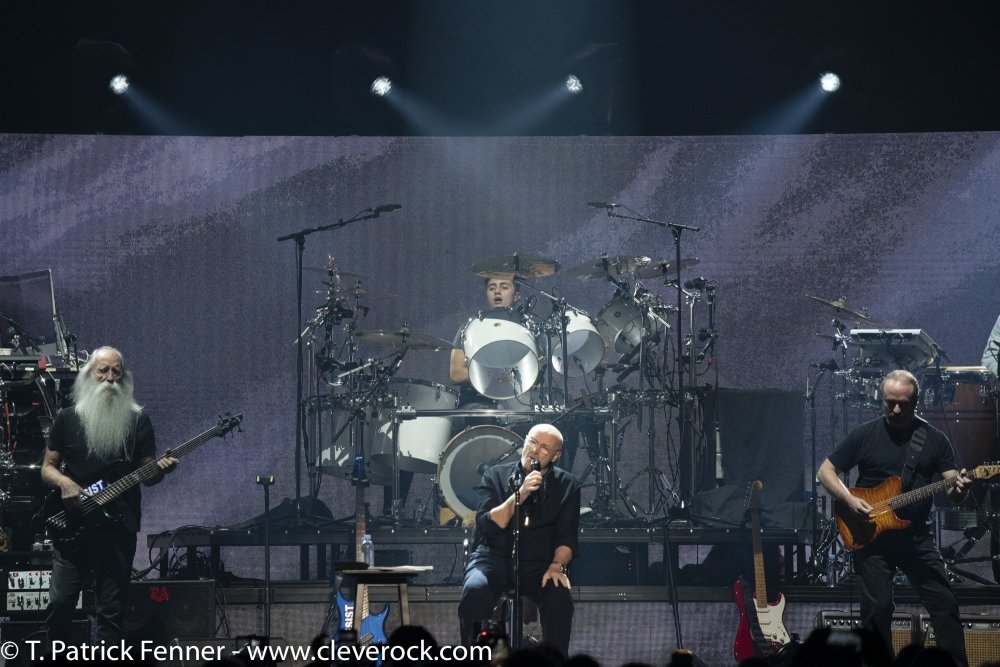 The minute he kicked off the show with “Against All Odds (Take a Look at Me Now),” the audience was on their feet and remained standing the rest of the concert.  Throwing in a few later Genesis (Collins’ former band) covers like “Follow You, Follow Me” were absolute favorites and had audience members on the backside of 40-years-old remembering where they were in 1978.  And, no Phil Collins concert would be complete without an amazing rendition of “In the Air Tonight.”  As mentioned prior, even this song had Phil joining the audience on their feet. Collins has played this song thousands of times, but still exudes energy as if it is a fresh tune to him.

Collins made a special note to mention how long many of the musicians on this tour have been tenured performers with him.  The award for the longest-running bandmate went to the guitar player, Daryl Stuermer, who has been with Collins since Genesis and continued for what now amounts to nearly 50 years.  Leland Sklar is another longtime friend of Phil’s who, with his “father time” beard, supported the percussive Collins’ music.  Between his four backup vocalists, percussion section, keys, rhythm guitar, and four members of his horn section, there was no shortage of talent on this stage.

Last, and certainly not least, since Phil isn’t able to helm the drum kit himself, and if Chester Thompson isn’t up on that stage with him, there is going to need to be someone special to fill his huge shoes.  Someone special was on the drums, indeed:  Phil’s 17-year-old son, Nic Collins sat behind the kit for the duration of the show.  Nic isn’t just “Phil-ling in” (pun intended), he WAS Phil for the night.  Clearly, Nic has closely studied under his father and took careful time to learn to play his catalog.  Seeing father and son on stage was like a scene out of a movie. Truly special, indeed!  There was a moment during the classic Phil Collins drum solo part of the concert where Phil just sat in front of his son and watched, gleaming with pride.

Collins came back to show Cleveland that he is not only “Not Dead Yet,” but that he can still perform!  Having a career that has spanned over 50 years and countless classic songs, he brings nostalgia to everyone who listens. A love so strong that even though Phil wasn’t able to stand, his sold-out crowd was honored to stand for him the entire time show. 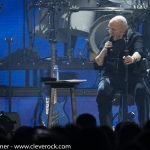