My memory from the year 2005 is a bit foggy. I lived on a tour bus with six other people (three of whom I now consider my most treasured friends in the world) and had access to an unlimited supply of free adult beverages. The geniuses at a major software company based in Redmond, WA (which will remain nameless) had a brilliant plan to compete with iTunes to become the world’s online music mall. Their less brilliant plan to market the service was to put six people under the age of 30 in a giant tour bus, send it to music festivals, handout boxes of free download cards, interview rockstars and blog about the entire experience on a now defunct web service called “Spaces,” shamelessly piggy backing on the name of the hottest social network of 2005.

My first interview on this four month journey of a lifetime was with a band which includes a singer that can’t sit on a note for more than one beat, which was complimented by an insufferable squawking saxophone. I playfully picked on the band for moving their annual music festival from my hometown of Cleveland in favor of the Windy City. At one point I challenged both gentlemen being interviewed to a fist fight.

Fast forward to 2007, a partial video of this interview surfaced on YouTube, which was quickly posted to an fan page of said band. Faster than one could say “I don’t have a job” or “one day I will move out of parents’ basement,” the fan site raged with messages calling me every name imaginable, including speculation about my penis size and claims that on the day I was born, my biological hated me so much that he abandoned  me.

[quote]Dear Mr. Voorman:  You don’t know me personely but my name is Ed and I used to own a website that was an unofficial O.A.R. message board for o.a.r. fans between 2006 -2009. Well one of the moderators posted a youtube video of youi interviewing O.A.R. at Bonnaroo in Tenn from years ago and posters made fun of you and called you innaporpriate names. I admit that I myself said you looked like you had a severe form of palsy and said youre dick was small and called you the “r” word for thinking the band is from Columbus when most of them met in Maryland but now I see why you openly made fun of them. I saw jerry outside a concert this summer and asked him to please give me an autograph and he looked right at me and didn’t even say hi or sorry that he couldn’t sign tonight.  He just walked away without a peep. Im never going to an O.A.R. concert again and I know you wont either. I guess were on the same side now right. Please accept my deepest apology for calling you names when I don’t even know you and im sorry I let other people say horrible things about on m y website and didn’t take them off. Sincerely: Ed [/quote] 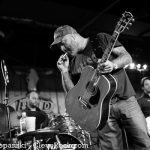