Comedian Jim Norton is returning to the road with a slew of weekend dates that includes a show at the Hard Rock Rocksino in Northfield, OH on Friday, March 11. One of the busiest men in show biz, Norton currently co-hosts the weekday radio program Opie with Jim Norton on SiriusXM, makes frequent television and movie appearances and including ‘Inside Amy Schumur,’ ‘Louie,’ ‘Trainwreck,’ as well as appearances on Late Night television programs.

Norton phoned our hotline on February 29 to discuss his upcoming show, among other projects he has in the works. Based on the characters he typically portrays and his radio persona, this writer was pleasantly surprised that Norton was – well – pleasant during the conversation.

While he’s content with his other projects, Norton is excited to return to his roots with live performances. “Stand-up comedy is the number one thing for me. I love doing radio, but I’m a comedian first and foremost,” he said. “I always try to change my hour. I get very bored, very fast with my material, so I always want to talk about something new. I’m actually going out now doing a brand new hour to hopefully shoot it, and do so in the next six to eight months. I’m really happy to be back on the road.”

One of the main reasons Jim loves performing live is the gratification he receives from the audience. After all, there is no substitute for instant validation. “When you do radio, it’s a totally different animal because you aren’t looking at anybody’s face. You don’t know if people are in their cars enjoying you or trying to drive their car into a pole because they can’t stand the sound of your voice,” Norton said. “It’s the most honest relationship you can have with an audience, because they’re laughing, or they’re not. They’re heckling, or they’re not. You always know where you stand with your audience.”

Norton had a substantial role in, contrary to what critics had to say, the greatest show in the history of television, the short-lived HBO series, ‘Lucky Louie’ (in which Jim co-starred with Louis CK). He was asked about the potential of that show had it not been canceled after its inaugural season:

“That’s one of the few mistakes that HBO has made because there were lots of people watching it, and they liked it,'” Norton explained. “The viewers liked it, but the critics didn’t like it. I think in that case, HBO listened to the critics way more than they should have. Now, the show that Louie went on to do has been very successful and acclaimed, so in hindsight, it worked out well for him. But they definitely should have given ‘Lucky Louie’ more than one season.”

Jim recently spoke with fellow comedian Amy Schumur about allegations that she steals jokes from other comics. Not asking about Schumur’s case specifically, he was questioned about the recent “trend” of comedians pointing the finger at one another for taking each other’s bits. Some subject matters are just funny. The jokes almost write themselves, right? Jim gave a good example:

“As far as things that crossover or parallel thinking, a perfect example that we played on the radio show this morning was that at the Oscars, there was one bit where Chris Rock was like a Martian instead of Matt Damon. And the whole thing with the discussion on the ground about if we should leave them up there because it’s going to be expensive…the night before, on the Larry Wilmore show, they did the exact same bit, or very, very close. They had Mike Yard, a black comic playing an astronaut, and guys on the ground debating, ‘Do we bring him back? Do we not bring him back?’ A very similar bit. I don’t think either of these guys stole it from a each other, it’s just one of those things that happened.”

This isn’t to say that Norton believes that jokes are never stolen, and he certainly does not defend the practice. “If you are stealing someone else’s jokes…if you are consciously thieving it, that’s disgusting. Comedians hate thieves,” he said.

Norton is currently working on a new animated series called ‘Chip Chipperson.’ “Chip is a character that I have been doing on the radio for years. He’s just an unfunny guy who ruins the flow with bad jokes. He just sucks,” Jim explains. “The other characters, like Uncle Paul, who is a child molester, or Edgar, who has dry heaves and talks slowly, people have been asking me for a long time to animate these characters. I finally decided to do it, but animation is expensive. I don’t have a place to sell it so it’s not going to make much money. I’m doing a crowd funding thing so I can just put it up online and see if anything happens. I’m just trying to break even or lose only a little money.”  [Norton is currently crowd funding the series on INDIEGOGO]

When asked if he could pinpoint a career highlight, Norton answered, “I always say the HBO special because that was a goal for me. Even though there are other specials that I’ve done that I have liked better. Getting a photo with the entire Black Sabbath band is one of my greatest moments. Having interviewed them so many times…I saw them twice in New York and it was nice to know that I could just go back in their dressing room and tell the guys how great the show was,” Norton said. He adds another great perk is, “Meeting people that I have always loved and helping them promote or getting to talk to them and having them know me. It’s also fun that I can give these guys something. All these guys that I love: Sabbath, or Kiss, or all of these people, I’m able to help them promote. I’m legitimately able to help them and further their projects a little bit. It’s great not to meet them just as a fan, but be able to interact with them and help them promote projects.”

—
Jim Norton appears at the Hard Rock Rocksino in Northfield, OH on Friday, March 11. Complete show and ticket information can be found on our calendar, RIGHT HERE! 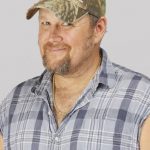