An all-new production of Jesus Christ Superstar is making its way to Cleveland’s Playhouse Square for an impressive three-week engagement from March 10 – 29!

Broadway musicals come; Broadway musicals go. I hate to call shows out by name, but I recall a trip to New York City over the holiday season in 2005 where I attempted to purchase tickets for two of Broadway’s hottest tickets, The Producers and Avenue Q six months ahead of my visit. No luck! Hard sell-outs for the entire week I was in the Big Apple. These shows are long-closed on the old Broadway, and while touring productions are still afloat, they are certainly not guaranteed sellouts, even for week-long runs. I’d bet my life neither show will be touring in 2055 (assuming Coronavirus doesn’t knock out the population prior).

These are two of many examples. How many shows stand the test of time? Perhaps more than I give credit for, and, it’s hard to say for sure since Jesus Christ Superstar is the very first musical birthed from musical theater masterminds, composer Andrew Lloyd Webber and lyricist Tim Rice…but 50 years? Geez!

Perhaps other Andrew Lloyd Webber shows will survive half-century? After all, there is a reason that he is the only person across any musical genre (composer, songwriter, producer, hip-hop mogul, rock legend, Et al.) to amass BILLIONAIRE status. I suppose other works of his, including Phantom of the Opera, Joseph and the Amazing Technicolor Dreamcoat, or Cats (coming to Playhouse Square in June) all stand a fighting chance.

What is it that makes the rock opera, turned 1973 film starring theater legend Ted Neeley as Jesus and the late, great Carl Anderson as Judas, which made a prior, controversial theater debut in New York in 1971, able to survive longer than Jesus of Nazareth walked the earth?

In a November 2019 interview with the one-and-only Mr. Neeley (who, of note, has zero involvement with the current US production coming to Playhouse Square) to advance a film screening/sing-along engagement at Cedar Lee Theatre (nope, not kidding), we got his take on the show’s longevity:

“The key was it was done through music and no dialog. It’s all singing. It’s not anybody trying to tell a story. The whole premise that Andrew Lloyd Weber and Tim Rice came up with when they first did the album was to look at the man called Jesus of Nazareth through the eyes of his contemporaries; friends or foes,” Neeley explained. “You saw the human side of Jesus of Nazareth and what he was going through. People can relate to that themselves. It puts a human touch to it. That’s the key to it. That’s what people have said to me over the years. ‘Oh, it’s great to see the human side of Jesus.’”

The actor currently playing the role of Jesus in the US production, Aaron LaVigne echoed Neeley’s thoughts on the show’s reign:

“I think it’s the music. Let’s just start there. The music speaks for itself. Then you add in people, you add in guys like Ted Neeley, this was his life’s work, they have built this show into the hearts of minds of people all over the world; not just America,” he said. “The fact that I get to be a part of it is a true honor, to be part of this whole legacy and telling this story and having the support of Andrew Lloyd Weber and his team in London… Just going out there and rocking out… It’s a fun show. It’s tragic, it’s fun, it’s heartfelt, it’s fast-paced; it’s just a blast.”

The show’s success was by no means guaranteed out of the gate. According to Neeley, JCS is the first rock opera to ever be made into a film.

“Studios, in general, didn’t give us a shot at all, but we had a brilliant, genius director in Norman Jewison who loved the original album and really believed in the project,” Neeley said. “He really did it all himself. He wrote the screenplay, put it all together, and scouted locations. When we finished it, he talked to studios and showed them a preview and Universal Studios decided to go for it.“

Producing the film was especially risky considering the controversy it brought when it made its theatrical debut in 1971. Neeley recalls:

“We were protested every single night in front of the theater. There was never any violence but they did not want us to go into the theater and do this ‘blasphemous’ piece. We were literally pushing our way through the crowds to get into the theater!” He continued, “The beautiful thing about it is that the people who were protesting became our promoters. Because of all the protests, there was always media there giving coverage. It was advertising the show for free. It was incredible!“

At some point, the tables turned harder than Jesus flipped them over in the temple. Miraculously, the controversy subsided. This writer watched the movie in Sunday School to show a depiction of the persecution, trial, and crucifixion of Jesus. What changed? How did it progress to this point?

“People find offense in many things. I happen to think that this play celebrates the life of Christ; celebrates the relationship between Jesus and Judas. It’s a very human story and I think it’s a story that we can all relate to. It actually brings a lot of life to these people that we read about it and there is a human element,” he said. “Once people started connecting with the material and seeing these human relationships and the bonds they had between these characters, it’s like, ‘Wow! These were real people. Christ really went through this.’ When you add in the score from Andrew Lloyd Weber and Tim Rice, it heightens the dramatic level of it so much. People connect on a deep basis and it’s undeniable. For the most part, people tend to adapt to what isn’t hurting them.”

Fast forward to the current production, it may be a stretch to call it ‘controversial,’ but this isn’t the version longtime fans of the show are accustomed to.

LaVigne tells me that Jesus is a musician in this version. (Perhaps I missed the day in church when Pastor Tom talked about Christ rocking out with his guitar?) He’s a rockstar that rises and meets his demise at the hands of a mob.

“The design team has me in a man bun in the show. It really upsets people that my hair isn’t down because Jesus is supposed to have long hair and a beard,” LaVigne said.

In this production, seemingly more artistic license is used in the storytelling, Jesus is portrayed with a more modern-day interpretation, the choreography is said to be more elaborate, the orchestra is on the stage, and, yes, the man bun! This ain’t Ted Neeley’s JCS.

What hasn’t wavered? Why will longtime fans of the show have minimal issues accepting the changes?

“The score is still epic. That hasn’t changed. Then, you set it to the life of Jesus Christ and Judas Iscariot, which is the ultimate betrayal story,” LaVigne said. “It brings a human element to these two. The drama and music surrounding it I think still speaks for itself.” 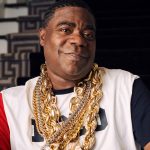 Rock on the Range 2017 Lineup Announcement!