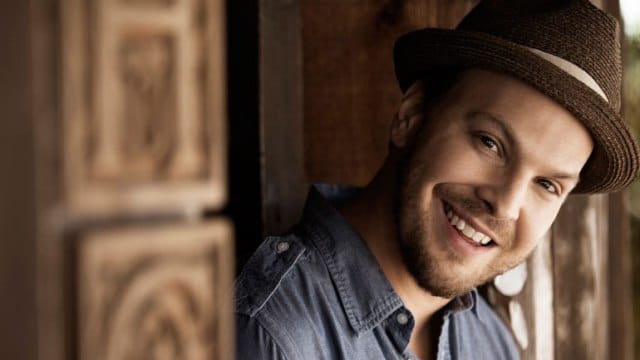 DeGraw, who is traditionally known for his high energy live gigs, has billed this tour as a “stripped down set, diving deep into his catalog for the first time in his career.” While DeGraw’s latest album, 2016′ s ‘Something Worth Saving,’ is less than a year old, this current tour will not be the traditional run in support of a new record.

In a recent phone interview, CleveRock.com questioned Gavin about the tour and what fans can expect; specifically, fans that have seen him perform live before.

“This will be a totally different experience. This tour is so unbelievably raw and real,” DeGraw said. “This is more the direction of like, a Ray Charles or somehow mixing the Ray Charles with Mellencamp; more acoustic guitar; more piano; still very, very, very funky. This is just a completely different sound with vocals more out front.”

But why the change? Why now? Gavin has found a formula for success with his live shows over the course of his career. Why mess with a good thing?

“My career, as a whole, is songwriter based. Sometimes the productions don’t sound as much like that. I wanted to go out and feature the songs in that sort of arrangement to really highlight the material itself. I think it’s a good opportunity to do that,” he continued. “So I’ll go out there; I’ll bring my piano and I’ll bring my guitar player and my drummer. We’re going to lay it down in that arrangement. More acoustic guitar, a little bit of electric here and there maybe some upright bass here and there. It’s going to be less noisy. It will still be a lot of fun and it’ll still be exciting. It’s just going to be less instrumentation and more performance oriented.”

DeGraw confirmed that, as advertised, he’ll be playing some deep cuts this tour, including songs that have been omitted from his setlists for years. Fret not, fans of the radio hits! Gavin will be playing those songs, too.

“I’ve never been a performer to avoid playing the songs that I know that people are familiar with. I think those songs are important,” DeGraw stated. “They’ve been important to me, for sure. They have taken me from where I was to where I am and I can’t tell you how drastic of a difference that is for me, lifestyle wise.”

This is refreshing to hear. Sure, the show belongs to the artist. Equally, it belongs to the fans. Concert attendees are paying customers and the experience is expensive. A set without fan favorites is the equivalent to walking into Trader Joe’s, plopping down a wad of cash, then letting the grocer pick and choose which items get tossed in your cart.

“The music that people know about is the music that changed my life,” DeGraw understands. “I’m happy to play that stuff.”

DeGraw’s music draws from a common influence: his own life and experiences. In his biggest hit to date, “I Don’t Want To Be” (the theme song from the popular television series, One Tree Hill), Gavin sings:

He means it. His father really is a prison guard (now retired). His mother? A specialist. (Detox specialist, to be specific). And, yes, his music focuses on where he’s going and where he came from.

“Most of my songs are autobiographical or about someone who is near me,” DeGraw confirmed. “They say to ‘write what you know.'”

Out of curiosity, Gavin was asked if anyone that he wrote about in a song ever called him out.

“No. I haven’t yet been called out yet. Except maybe by my brother because he will do that kind of thing,” he said with a laugh.

Back to “I Don’t Want To Be,” DeGraw says that, “My brother could say things are about him. So could my sister, because we have the same back story. It’s the nature of it. I do find the more real the song, the better the connections. People can sense some legitimacy and I think that also, as the performer of the song, you just perform it that much better when they are your stories written inside that song. You can feel it when you’re really singing about your life. You don’t get tired of that.”

“It would be different if you just sing somebody else’s tune and someone else’s story and you feel that it’s a total lie,” he continued. “I don’t feel that way. I really feel proud when I perform the songs because I’m still surprised that people are interested to hear my story. At the same time, sometimes I’m surprised to know that so many people have the same story, because when you’re out here in the world, sometimes you feel very alone.”

Gavin was also quizzed on what he considers to be the highlight of his career. Anyone guess a Grammy nomination? Composing what would later become a television program theme song? Sold-out concert tours? Handfuls of charted singles?

DeGraw could not narrow his answer down to a single accolade, but was able to pick two of his favorites.

The first one is being selected to open a handful of shows for Billy Joel,  including multiple shows at the legendary Madison Square Garden.

“I go backstage. Billy says, ‘hey I’ve been reading a lot about you,’” he recalls. “I wish you would have said, ‘I love your music,’ but he didn’t.”

DeGraw was in awe when Billy thanked him for doing the shows with him, “Was he joking? I was like, ‘You’re my fucking idol, you know? Thanks for having me!”

But the biggest thrill of all came earlier this year when he was invited onstage with Mr. Joel to perform “You May Be Right” with him.

Gavin’s other favorite career memory happened right here in Cleveland in 2005 at the Rock and Hall of Fame’s Music Master series that was honoring Sam Cooke.

Prior to performing, DeGraw bumped into the legendary Solomon Burke, who introduced him to LC Cooke, Sam’s brother.

”’Gavin. we were saying how nice it is to hear someone who has studied Sam’s music correctly,” LC told him. “‘It’s so nice that someone can keep our music alive. Someone who is a real student of our music that knows how to do it correctly.'”

Gavin DeGraw is scheduled to perform at the Ohio Theatre in the PlayhouseSquare complex on Wednesday, August 16. Complete show and ticket information can be found on our concert calendar: RIGHT HERE!