Echo & the Bunnymen brought the last vestiges of live post–punk from the UK to the House of Blues  Thursday night (04.22.2010). The band is on the road in support of their 2009 album, ‘The Fountain,’ on which Echo & the Bunnymen proved they can, for the most part, stay true to their sound that they defined three decades ago when they released their first album. The half-capacity crowd was a mixed bag. Soccer moms shoulder to shoulder, mingling with hipsters, alongside some diehard older fans to whom frontman Ian McCullough and Co. could do no wrong.

The show started with “Going Up,” the first track off of their 1980 debut record, ‘Crocodiles.’ A dramatic gothic intro started off the song and brought the band onto the stage. McCullough was clad in his trademark shades (which he never removed throughout the set) and accompanied by the only other original member of the lineup, guitarist Will Sargeant. The lineup was filled out with younger hired hands who capably played the band’s 30 year old repertoire. Over the years, McCullough has been notably stand offish during his performances and tonight’s show was no exception. His lack of connection with the crowd was a drawback in an evening full of classic cuts. On the rare occasions the frontman bantered with the crowd he came up short due to his thick British accent.

The band continued on and played “Rescue” and interjected a cover of the Doors’ classic “Roadhouse Blues,” conjuring the familiar image of Jim Morrison. Many comparisons have been made over the years between McCullough and Morrison, in their musical style, onstage presence, as well as vocal technique. And while Ian McCullough is no Jim Morrison, the comparisons are not without merit. A part of Morrison’s vibe inhabited not only the cover tune, but other songs as well.  McCullough’s trademark chain smoking was noticeably absent during this show. I guess Ohio smoking laws apply to rockstars, too. Despite the absence of a cigarette, his voice sounded like he had a bit of a smoker’s rasp throughout that was not present in his earlier works, especially on tracks such as “All That Jazz” and “The Killing Moon.” Sargeant’s guitar work was solid throughout, especially on “The Back of Love,” which showcased searing riffs and combined with the other players’ precision made the sound very expansive and full.
“The Cutter” was the highlight of the evening. It was one of the only times the band picked up the pace and got into more of a danceable groove. The swirling backdrop and pop like sensibility of this song made fans get up off of their feet and dance. The band’s 1987 hit, “Lips Like Sugar” came on like a quiet whisper that developed into a soft roar to close out the show and left the Echo & the Bunnymen fans sated.
Kelley Stoltz started off the evening with a similarly even-tempered performance. Hailing from San Francisco, Stoltz brought a bit of West coast flair to the set. Often being compared to Brian Wilson, and with good reason, Stoltz slowly rocked the crowd with surf laden riffs that lulled the crowd into the mellow mood. “Morning Sun” was the hit of the set and washed over the crowd like valium carrying Stoltz’s voice like a ray of sun on a wave.
previous post 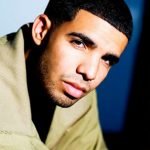