Evan Hansen’s letters to himself were never meant to be seen, but they changed the lives of thousands around the world. The messages of self-acceptance, hope, love, and the power of social media have resonated with people of all ages, and now they’re touching the lives of Northeast Ohioians as the show runs at Playhouse Square through June 30.

Evan Hansen is about to get the one thing he’s always wanted: a chance to finally fit in. Evan is an outcast in every way and finds himself constantly on the outside looking in. But after a series of events and a big lie, Evan finds himself surrounded by friends, the family he wished he always had, and the popularity he always dreamed of. What he didn’t expect was the stress, pain, and confusion that would come along with it all.

While Evan’s story is one where mental health is a prominent theme, the story is about much more. Suicide and the struggles of being a teenager are also addressed. The show highlights other important topics including family dynamics, communication in a digital age, the impact of social media, and the coming of age journey of finding your voice. Evan has to navigate the confusing world of being a teenager which includes the woes of high school, the struggle of having a single parent who is working hard to support a family, the confusion of social media, the stresses of dating and everything in between.

The cast of this national tour is jam-packed with talent. Ben Levi Ross leads the troupe as Evan Hansen, and his impressive vocals left the audience awe-struck. His vocal range was beyond impressive, and the emotion he was able to convey could be felt from the front row to the upper balcony. Most nights, his love interest Zoe Murphy is played by Maggie McKenna, but for this particular show, we were wowed by the talent of her understudy, Ciara Alysa Harris. Harris is a recent graduate from Cincinnati College-Conservatory of Music, making the Dear Evan Hansen tour her first national tour debut. Being an understudy didn’t stop Harris from shining bright, and her emotional performance as the confused, but “not the grieving girl,” sister brought audience members to tears.

Other notable performances came from Jessica Phillips, who played Evan’s mom, Heidi, who beautifully portrayed the struggling but loving single mother. The love, hopelessness, and desire to help her son I’m sure pushed audience members to make sure they said their “I love you’s” that night.

Christine Noll and Aaron Lazar, who played Mrs. and Mr. Murphy respectively, also brought memorable performances as they showcased the various emotional states that come with the loss of a child. Both of them have impressive theater backgrounds playing a wide range of characters, and their performances in Dear Evan Hansen showed a deep level of compassion and understanding of these characters that you need to experience in person to truly appreciate and understand.

Tickets for all remaining shows are on sale now and can be purchased RIGHT HERE.

Experience this Tony and experience this deeply personal and incredibly moving contemporary musical about life and the way we live it. 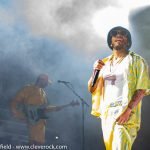 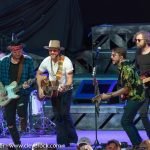