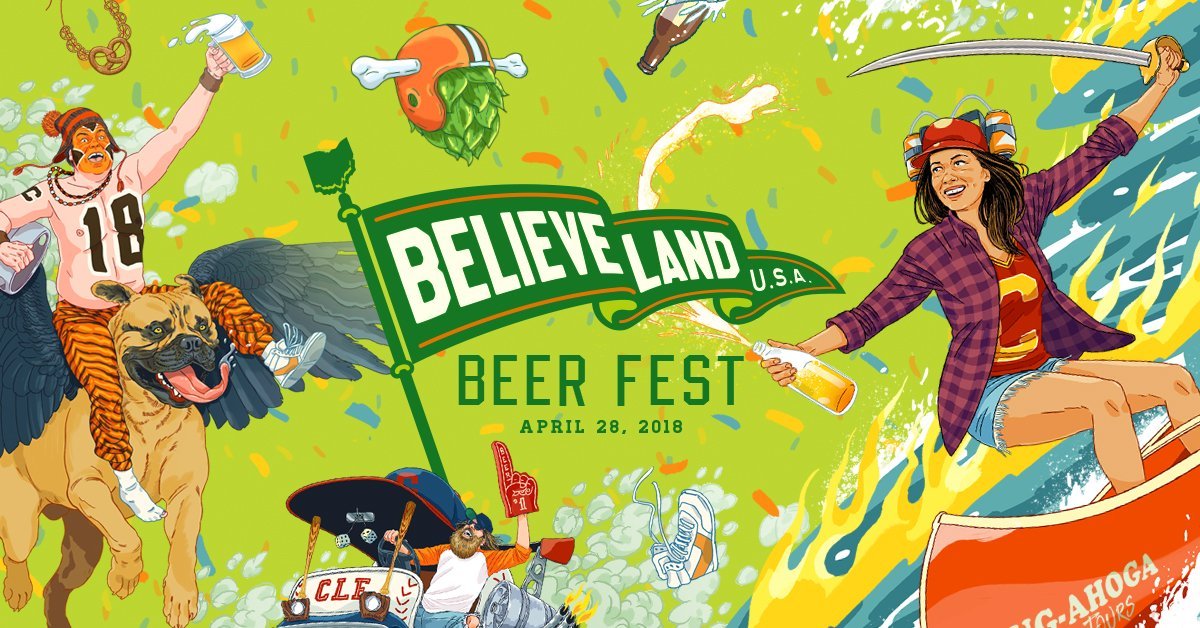 Live in Cleveland and you are not a fan of all three? MOVE! (Kidding, of course. Please don’t leave us mean comments or we’ll cry all the tears.)

The inaugural Believeland Beer Fest, scheduled for Saturday, April 28 at the Huntington Convention Center states on their official website that,:

“The goal of Believeland Beer Fest is steadfast. We aim to create the most idyllic form of Cleveland Pride that the city has ever seen and deserves – then add beer.”

The festival tickets are specific to one of two sessions: 2:00 – 5:00 or 8:00 – 11:00, with a VIP ticket option that allows for one-hour early admission and some sweet swag! Early bird tickets have sold out, but regular tickets are priced at $45, with VIP options ranging from $60 to $80. There is no price differential for either session.

The price of admission includes a 5-ounce glass and a generous 25 drink sample tickets to selct from over 150 featured beers from more than 60 breweries. Local favorites Platform Brewery, Brew Kettle, Thirsty Dog and Market Garden Brewery top the list. [THE MOST UP TO DATE LIST OF FEATURE BREWERIES CAN BE FOUND: RIGHT HERE!]

In a recent phone interview with festival organizer Nate Barnhart, who co-founded the event alongside his wife, Elaine, CleveRock.com obtained the detailed scoop on the festival.

“My wife is a Cleveland native. She lived in Cleveland for about 30 years, then we moved away to Chicago for a job. In the meantime, about 10 years ago, we created an event planning company. We started small and the events got larger and larger,” Barnhart explained. “We create these fun, quirky events and we kind of find ourselves gravitating more towards Cleveland. We create events all over the country but we are always creating events for places that mean something to us. Cleveland is definitely one of the places that holds a special place in our heart.”

Every festival needs a theme song! (Well, not really.) However, Believeland Beer Fest stepped up to the plate with a quirky, fun, German/Oktoberfest/”RA-RA” vibe.

“There’s really no reason to it. We just started working on a fight song because we knew while we were creating the Believeland Beer Fest that we wanted it to be sports focused,” Barnhart said. “It would be cool if we created a fight song. If you create a fight song, they need to be simple. That’s what we ended up with.”

Barnhart mentions the idea of making the festival “sports focused.” Who better than to invite to the festival other than Kevin Mack? How about Earnest Byner and (this preview writer’s favorite basketball player of all time) Craig Ehlo.

The fun twist on this? Ehlo and Byner both put together respectable careers for the Cavaliers and Browns respectively. However, they are both on the wrong side of two of the most miserable moments in Cleveland sports history. Ehlo went down as the poor guy charged with guarding Michael Jordan for “The Shot.” Byner, well, is it even necessary to relive “The Fumble“?!?

“Earnest Byner is the official grand marshall. We will be bringing in a 10-foot hoop and drawing the 3-point-line. Craig will be there for the last few hours of each session. People can shoot a shot with Ehlo,” Barnhart boasts. “We have some cool Cleveland legends coming back and they are excited to come.”

What would a Cleveland beer festival be without…Cleveland beer! (Other Ohio and a few out of state selections will also be available!)

Anyone familiar with the Brew Kettle and Cleveland Whiskey knows that this is a match made in Booze Heaven.

In a rather clever and undoubtedly original marketing move, Believeland Beer Festival gave away free tickets and complimentary haircuts to anyone willing to get a “Wild Thing” haircut. (That is, the same haircut featured by Ricky “Wild Thing” Vaughn in the movie Major League!) The promotion took place to celebrate the Cleveland Indians’ home opener on April 6.

“It was one of those things that was thrown together in the eleventh hour. The goal was to get this off the ground this year and then we’ll have a whole year to build on this and create a much larger build-out for next year and try to make it a tradition each year,” Barnhart explained. “A lot of people came in and got the haircut. It was a bigger turnout than we thought it would be. At the Believeland Beer Fest as well, we are going to give out free ‘Wild Thing’ haircuts.”

“We anticipate as the hours go by, the more people that will be brave enough to take a seat in the barber chair,” he continued. Decoded, this means that the more beer tickets one redeems, the higher their chances of braving the barber chair and ignoring the reactions of others to their new hairdo!

Barnhart said that 2-feet-tall trophies were on their way to him in the mail. “We’re giving out four awards. Earnest Byner and Kevin Mack will be giving them out. Awards are given for best costume, best team costume, largest team, and best pretzel necklace,” he said.

“With beer festivals, most of the ticket sales come within the last ten days to two weeks. That switch has been flipped on,” Barnhart warns. “We’re thinking that there will be three to five thousand people the first year. Not sure if we’re going to offer day-of sales. It might sell out in advance. We’ll keep everyone posted via social media.” 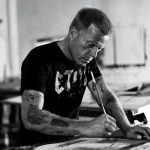 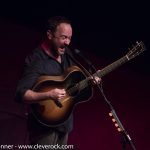