Juliett Simms wants you to know she’s damaged. Her band, Automatic Loveletter, just released a five-song EP full of loss, regret, pain, and feelings of inadequacy, and now stands poised to capture the imaginations of sensitive, misunderstood 15-year-olds the world over. Automatic Loveletter seems almost purpose-built for this demographic, tapping the emotional veins of immaturity in a manner that manages sincerity and shuns caricature.

Combining a knack for cathartic songwriting with the sensitive-boys’-sex-object appeal of the darkly attractive Simms, Automatic Loveletter is the answer to all of those cute-boy-fronted emo and pop-punk bands. Ya know, all of those pierced and tatted guys singing break-up songs to swooning crowds of teenage girls. Well, that’s sure to be in the cards for Automatic Loveletter, only with the addition of pierced and tatted guys secretly swooning in the back while trying to look cool for the girlfriends they are in constant fear of losing. While the crowd was an embarrassing small number of junior high and high schoolers, Automatic Loveletter still poured their hearts into their set, which is admirable. The standout tune of the set was their Myspace hit “Hush,” which by the end, had a few audience members singing along. The band’s relentless energy and confidence finally started to win over the Armor For Sleep crazed teens as they walked off the stage.

The teen boys of A Cursive Memory are changing in other ways besides going through the finishing stages of puberty. Their first

full-length, ‘Changes,’ was released in February, and the California pop-sounding rock outfit have been on the road ever since. The band’s live show, much like their album, combines melodies, soulful vocals and relatable lyrics. They opened up the show with their song, “Money in the Bank.” Although their set lacked energy and audience interaction, I did enjoy the keyboard melodies throughout and the drum line on their closing song “Everything.” The band seemed a little unorganized. However the bass player was impressive musically, at times playing bass and keys at what seemed like the same time.

With a California pop sound, the band had me slightly intrigued. They had a good stage presence and were able to get the crowd dancing along with their music, although their demeanor solidified an immense disconnection with the audience. While the indie pop-rock is a guilty pleasure of this reviewer, the band’s ability to truly pull it off, putting together an impressive set of rock is still in question.

Young girls can yell really loud. So can young boys. As Ben Jorgensen (vocals and guitar) P.J. DeCicco (guitar) Anthony Dilonno (bass) and Nash Breen (drums) strolled onto the stage after what seemed like an eternity, Armor For Sleep’s smug opening remarks were drowned out by the shrill shrieks of the under-aged “punk” audience. Dressed in a sport coat and dress pants, lead singer Jorgensen seemed abnormally comfortable in the teen heartthrob role as he and his bandmates “rocked out” to nearly an hour of music, taken mostly from their latest album, 2007’s ‘Smile For Them.’

Having seen the band several times, it seems to be a recurring theme for Breen to steal the show, pounding out fills far mightier than what’s recorded. It’s nice to hear a little ballsy variation, especially when Armor’s vocals have historically suffered from a deliberate stutter and slur problem. At this gig, however, the melodies came out clear and in time. It made all the difference. They opened with “Car Underwater,” and also played the fan favorites “The Truth About Heaven” and “Remember to Feel Real.” While the band represented their music well on this night, they seemed to suffer when they attempted to stray away from the traditional mundane editions of their tunes. They were clearly

not on the same page this night musically, and every meager attempt at a guitar solo or jam session ended in utter disaster. Luckily for them, the young, inexperienced concert-going audience didn’t seem to notice, and continued to cheer on their favorite rock stars.

After several slower, lesser known ballad type numbers, AFS kicked things back into gear once again with heavier directed tracks such as “Williamsburg” and “Smile for the Camera.” Throughout the set, Jorgensen, with the exception of a few minor miscues and slipups, delivered consistent vocals, and the other band members sounded tight musically. This trend carried them through the end of their set, which oddly enough, didn’t include much of an encore, with their entire performance barely lasting an hour. While the screaming teenie-bopper fanatics that were in attendance seemed to be infatuated, the half-empty club was a bit of a disappointment. Still, AFS didn’t seem phased or distracted, and delivered the type of performance that is expected from an up-and-coming band that is only going to get better and gain more notoriety in the future. 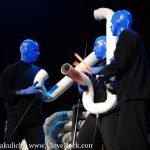