Andrew McMahon is one of the bravest artists of his generation.  It takes serious balls to disband not one, but two widely successful projects (Something Corporate and Jack’s Mannequin), go solo, and then start a third full blown project, Andrew McMahon in the Wilderness.

Prior to his performance at Fashion Meets Music Festival in Columbus, OH on September 6, McMahon sat down for an interview at the press lounge set up at Studio Movie Grill. His show, later that day, wrapped up a world tour in support of his self-titled debut for his new project.

Andrew says of the tour:

“It was awesome! Literally, this is the last day of that tour. We had the most hysterical world tour t-shirt that starts in Australia, goes to Singapore, the Philippines, Japan, and then Columbus, Ohio. It’s been busy. We’ve basically been flying all over the world but it was great to get out there and introduce a whole bunch of countries to the new record.”

Having been all over the world on this tour, I asked Andrew what the main differences are between playing in the US versus countries across the pond:

“It’s funny, I tend to find that music is the universal language. Wherever you take it, whether it’s in the states or overseas, the beautiful thing is that whether or not you share a common language, people react very similarly. On this tour, I was surprised at how many people overseas knew the new record inside and out. I tend to find that audiences are very similar across the board.”

McMahon and company have been on the road (and, at times, in the air) for over a year in support of his new project. The new music is different. Sort of. Still fun filled piano based tunes, but perhaps with a more serious take on life. Gone are the days of Andrew writing songs like Something Corporate’s “If You C Jordan” and “Punk Rock Princess.” He’s married and recently became a father. The new record includes songs about missing his wife while he’s away writing (“See Her on the Weekend”) and welcoming his daughter in to the world (“Cecilia and the Satellite”).

Like most people, Andrew grew up and matured. His life is much different at 33 then it was at 19 when he was rocking out with Something Corporate. I asked him if he has trouble relating to the subject matter of his older songs:

“Some of it, yeah. I think that’s the beauty of writing songs in an autobiographical form. These are the stories of my life and the things that have affected me. So when I go back and do a Something Corporate song like ‘I Woke Up in a Car’ or even on this last tour I did ‘Punk Rock Princess’ acoustic. And yes, those are both kind of out of my vision now, for who I am and what I’m about. But it’s also a song that came very truthfully at a point in my life as something that mattered to me, so when I sing that song, it’s not because I feel that for that person, I’m singing it because of this movie in my head of what’s going on in my life when I wrote it. I think you just have to approach it differently, but if it came from a place of truth at any point, then there’s relevance to it.”

“I don’t necessarily look at it like I’m shelving something. I’m really just on the hunt for inspiration. When you make things for a living, you have to stay inspired. You have to continuously find wellsprings of creativity and find fertile ground. For me, as a kid who grew up and moved every three years of my life, I always had to go in to a new city and make new friends. It’s sort of wired into my DNA that after I’ve done something for a certain amount of time that I have this urge to do something new and try something different. I think that with the Wilderness project, by putting my name on it I wanted to say that I’m not abandoning Jack’s Mannequin or abandoning Something Corporate, but I want to make new music and I want to take this catalog of songs that I’m so proud of and bring them onstage with me and bring them on tour with me and I think that was a part of this thing that instead of saying, ‘here’s a new moniker,’ I wanted to say, ‘I’m this guy whose written songs with two bands. Come to the show. You’re going to here new music and some of the songs that you’ve loved from years past.’ I’ve got to plow into the future.”

The man has a valid point. Look at all the 90s bands that tour on the success of their one (two, if they are lucky) albums released somewhere between 1993 and 1998. (I’m talking to you, Gin Blossoms.) Andrew doesn’t want to end up as on opening act on a tour that’s equivalent to Everclear’s annual trek, where bands knock out the only six songs their fans know in favor of any new material.

“I think you run a dangerous game when you base your career on nostalgia instead of moving forward. I want to do it for the fans, but at the same time, I’m a young man with a lot of music in me and I don’t want to make my career about what I’ve done, I want to make it about what I’m doing.” 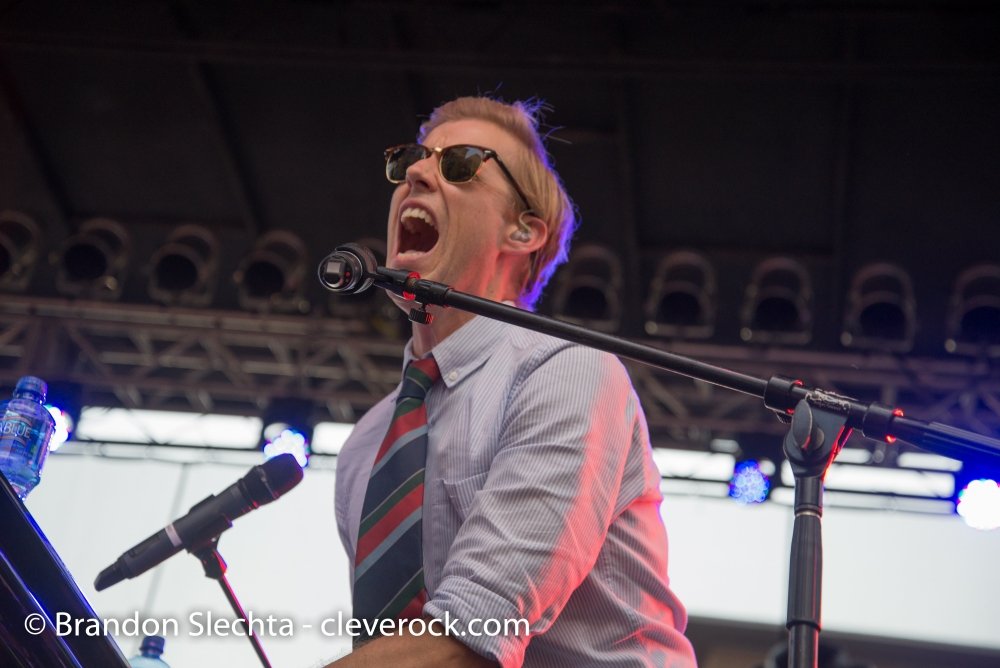 Three days before the interview, McMahon celebrated his 33rd birthday. More importantly, less than a month prior to the interview, Andrew hit his 10th anniversary of being cancer free. On June 1, 2005, the same day that McMahon released Jack’s Mannequin breakthrough album, ‘Everything in Transit,’ he was diagnosed with acute lymphoblastic leukemia. Andrew used the same strength and resolve it took to shelve Something Corporate and move on to something else and apply it to something much bigger than music: kicking cancer’s ass. His struggles and eventual triumph are showcased in a documentary, ‘Dear Jack.’

“‘Dear Jack’ was kind of an accidentally filmed documentary. I had been filming the recording of ‘Everything in Transit’ from its inception to its completion on this little handheld camera. I had been documenting my life up until the point that I learned I was sick. So the next natural thing was to show what I was going through with my leukemia diagnosis and treatment and I had some friends put it together in a documentary called ‘Dear Jack.’ It’s been out since 2009 and it just got a release on Qello so you can stream it online right now.”

“What we do is kind of advocate and raise money for people in the adolescent and young adult demographic of cancer patients. People ages 15 – 39 years old who have seen the least improvement in their survival ratings in over 30 years now and we’re trying to change that,” Andrew explains. “One of the things we’re trying this year is the 72k challenge. There will be 72,000 newly diagnosed cases of AYA cancer this year so we want to raise a dollar for each of those 72,000 cases. We’re doing really well! We’re getting close to halfway there, so if you get a chance, it’s just dearjackfoundation.com and in my heart of hearts I would love to see us double that number and raise two dollars for everybody. Every penny counts.”

There is a delicate balance between family life and professional life for any working man. It’s just a little tougher when your job demands being on tour for months at a time.

‘It just requires a lot of focus. There are elements about life before being a parent where obviously you have the freedom of time, and somewhat of a lack of responsibility to fill that time. So now, I’ve got my work, I’ve got my music, and I’ve got my family,” Andrew explains. “They travel with me pretty consistently. If I’m on a tour bus then they are on the bus with me. This time, unfortunately, there was so much flying that I had to be away from them. But it’s face time three times per day and we see each other, and you just do it. It’s like any job. I have friends that work in finance and they wake up at six in the morning and take a train into the city, and by the time they get home the kids are already asleep. You kind of have to figure out what works for you and when I’m home I’m just blessed that I get to spend quality time with them.”

Andrew may have shelved his two prior projects, but it looks like Jack’s Mannequin is going to show face after Andrew McMahon and the Wilderness wrap up their fall tour with New Politics.

“I think you’ll find that in the new year, Jack’s, or some incarnation of Jack’s will do a handful of shows for ‘Transit’ to celebrate the record,” Andrew said. “For me, I love the idea of reuniting with old friends and playing music together. You’ll find us out there doing a handful of shows but you won’t see some crazy world tour.” 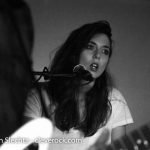